As our population ages, losing one's mental faculties can take first place on the list of concerns. Alzheimer's disease and other forms of senile dementia affect some 25 percent of all people over 80. Research, though, is revealing natural approaches in treating and preventing mental decline. Not only aging grabs our attention. Many of us deal with mood disorders, including depression and anxiety. 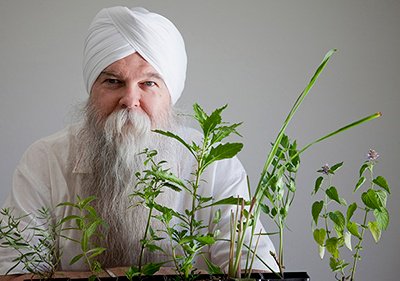 Some types of mental health challenges develop when we are exposed to toxins and to oxidizing chemicals in our environment. All of these appear to contribute to brain inflammation, scarring and mental decay. Your brain may inflame may result from toxins, allergies, stress or low tissues nutrients. The process of inflammation creates free radicals that cause damage, which may contribute to senile dementia. These free radicals can be particularly damaging when brain tissues are deficient in antioxidants and other nutrients that ease the effects of chronic inflammation. Antioxidant levels in the brain have been shown to decline with age, and, the lower the level, the greater the damage to nerve cells. Antioxidants should top your list of brain nutrients.

In spite of tremendous media over-hype, St. Johnswort truly is a good herb for mild to moderate depression. The compound in St. Johnswort that has been isolated and was believed to be the main active ingredient is hypericin. However, hypercin is no longer believed to act alone, if it is even an active constituent. As is the case with most herbs, the complex interplay of many compounds is believed to be responsible for the beneficial effects.

St. Johnswort probably acts in the brain to preserve serotonin, an important mood regulating hormone, as antidepressant drugs do, but it does so more weakly. It also modulates and balances the brain chemical norepinephrine, much as tricyclic antidepressant drugs do. It also may increase endorphin levels. The chemistry of St. Johnswort and its action on the brain is complex. Additional mechanisms of action will likely be discovered.

Overall, St. Johnswort is the most thoroughly researched and widely prescribed herbal antidepressant in the world. Dozens of studies have shown it to be very effective in mild depression, equal if not superior to comparable drugs. Plus, it is virtually free of side effects.

St. Johnswort consistently achieves a greater than 50 percent reduction in the Hamilton Depression Scale (a series of measurements used to quantify depression) in a large percentage of patients, and does better than tricyclic antidepressants, without the side effects. A 2017 meta-analysis crunched the data from 5428 papers between 1960 and 2016. The researchers concluded that “For patients with mild-to-moderate depression, St John's wort has comparable efficacy and safety when compared to SSRIs.” Another extensive review from 2017 validated the use of the herb for pain.

Use an extract standardized to 0.3% hypericin at a dose of 300 mg, three times a day, or capsules of a good quality source of the whole herb at a dose of up to 5,000 mg per day.

Ginkgo leaf (Ginkgo biloba), also popular these days, it is quite effective for depression as well, and it combines well with St. Johnswort.

Ginkgo is known primarily to increase circulation, particularly to the head, so it seems a natural to consider for depression. Sure enough, researchers began studying ginkgo for depression after noting mood improvements in patients taking the herb for cerebrovascular insufficiency.

One study, for example, showed that forty elderly patients with depression, who had not benefited fully from standard antidepressant drugs, were given ginkgo. After eight weeks, the Hamilton Depression Scale average score had dropped from 14 to 4.5. Truly remarkable. A study, published in Pharmacopsychiatry, indicated that ginkgo significantly improved cerebral function and depression. In 2017, a research team published a paper that confirmed Ginkgo’s effect in improving cognitive ability and anxiety. A 2018 paper found that Ginkgo extract restores neurologic function during the treatment of depression in elderly patients.

Use an extract standardized to 24% flavonglycosides at a dose of 120-240 mg per day. If you'd like to use whole powdered

Mind remedies include a large array of herbs recommended to rebuild nerve tissues and restore mental equilibrium. Ashwagandha (Withania somnifera) is a top mental rejuvenator, which Ayurvedic herbalists use to reestablish long-term sleep rhythms, and for general debility and exhaustion, memory loss and nerve diseases. Modern clinicians are most likely to employ it for chronic fatigue and anxiety, as well as insomnia.

This tonic herb, a relative of tomatoes and potatoes, is not stimulating, but rather relaxing. That allows us to take much higher doses, with no overstimulation, so this root is a superb remedy for nervous exhaustion.

Study after study continues to confirm the stress tolerance, performance and endurance enhancing benefits of this herb. One study indicated that the herb reduced brain damage caused by stress by 80%.

Ayurveda considers it a “grounding” herb, one that nourishes and regulates metabolic processes and stabilizes mood. One study concluded, “The investigations support the use of Withania somnifera as a mood stabilizer in clinical conditions of anxiety and depression in Ayurveda.” One paper looked at bipolar disorder and found Ashwagandha effective. Ashwagandha increases memory and test performance. One recent study looked at sleep deprivation and stress. Ashwagandha was effective in improving sleep, and was found to also have an action on the brain’s GABA mechanism.

As well as being a slow-acting tonic herb, Ashwagandha is a superb herb for treating chronic anxiety, which is a common problem as age advances. Published in the Journal of Alternative and Complementary Medicine, a meta-analysis found that Ashwagandha intervention resulted in greater score improvements (significantly in most cases) than placebo in outcomes on anxiety or stress scales. A 2017 study in the Journal of Neuroinflammation confirmed this benefit. It takes about a week to work up to the proper dose, and about another week for the herb to reach maximum effectiveness. Since Ashwagandha is a slow-acting herb, you may take your daily dose at any time during the day. Used this way, Ashwagandha prevents the onset of the anxiety episode. It also has antioxidant activity in the brain, which may explain, at least in part, a host of its effects, including the reported anti-stress, cognition-facilitating, anti-inflammatory and anti-aging benefits.

Gotu kola is an herb with a long history of brain building. Gotu kola, also called Mandukaparni, is a mainstay of herbal medicine in Ayurveda. Widely considered a superior herb for the nervous system, gotu kola has a host of benefits.

In Ayurvedic medicine, this herb is called “brahmi”, which means “godlike”, a reference to its anti-aging properties and to its use as an aid to meditation. It has a bitter taste and is cooling to the body.

Since gotu kola is basically a mild salad vegetable, the dose can be very high. Many people use a modest dose of 1 gram per day in capsules for daily rejuvenation. Try a cup of gotu kola tea with honey before meditation.

Bacopa, or water hyssop (Bacopa monniera), is a steadfast mainstay of traditional Ayurvedic medicine. It’s used in Asia for nerve diseases, mental exhaustion and to improve memory—it’s a powerful brain food. Meditators use it to increase comprehension, concentration and recollection. Because it increases the ability to solve problems effectively, it is often found in Ayurvedic formulas to prevent stress.

With nearly 300 studies in the scientific literature, it has built up a solid base of scientific support for its many functions. This powerhouse also does double duty as an anti-stress and anxiety remedy.

Brahmi is safe and effective for children. Indian schoolchildren take it at home. Indian scientists gave brahmi to 40 schoolchildren aged 6-8 in a single-blind trial. The tots improved in maze learning, immediate memory and perception. Their reaction/performance times al improved. The dose was 1 gram per day for three months, of the dried plant extracted into a syrup form. No side-effects were recorded.

When we need mental piece and sleep, we may call upon shankhapushi (Convulvulus pluricaulis) to help restore clear quality of the mind and relaxation. Its flowers resemble the shankha or conch shell, thus the name. It usually is a foot tall plant, with dome of flowers, in open fields in North India.

This herb is an outstanding rejuvenative tonic for the mind and nerve tissue. The herb is especially effective for mental disorders of anxiety and fear, as it promotes tranquility without dulling the mind. In depression, it uplifts. In stress it is calming. Students may use it for exam phobia. For attention deficit disorders, it combines well with brahmi, jatamamsi, calamus and licorice. A couple notable studies validated its use in depression, anxiety and stress.   A 2019 study reported that shankhapushpi reduces nerve inflammation and depression. For sleep, use shankpushpi at a dose of about 6 grams at bedtime.

Gokshura fruit (Tribulus terrestris) is getting a reputation. Gokshura promotes mental clarity, and in fact, I recommend it for its exceptional clinical effect in depression. This herb contains harmine alkaloids, which may explain its sedative properties. It may be taken with ashwaganda as a tonic nervine in nervous disorders. A study found a Gokshura combination benefitted depression and anxiety, and another found the herb reduced chronic stress and depression. Use 6 grams per day of the ground fruit (seed pod) in capsules.