The Top Seven Herbs Everyone Should Consider Taking 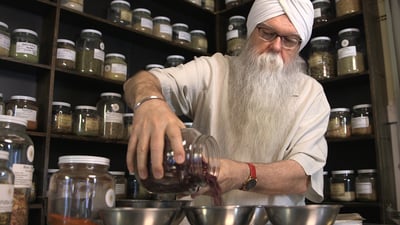 Herbalism, also known as botanical medicine, is a healing system based on the use of plants that are eaten or applied to the skin. Over all of ancient history, herbal medicine has been used worldwide by many diverse cultures to treat illness and to assist bodily functions. Herbal remedies in the form of teas, extracts, tinctures, capsules and tablets may be recommended by healthcare practitioners of many different disciplines as a practical way to address a wide variety of health conditions.

People use nutritious plants for food and medicine, and the division between the two gets little blurry, so much so that, in some traditional systems, there is no line at all. In all, there are tens of thousands of healing plants on Earth, so the question becomes the narrowing-down process. We could discuss hundreds, of course, but seven herbs stand out as candidates that everyone should consider taking. Each one of these superior herbs does double duty as a culinary and medicine remedy.

Nettles are widely spread over the world and consist of about 500 species, mainly tropical, though several occur widely in temperate climates. Imported from Europe, but now naturalized here, the common stinging nettles, the perennial Urtica (from “to burn”) dioica, which can grow as high as seven feet, and the smaller, annual Urtica urens, are fixtures in Western herbal medicine.  Nettle is an herb with at least five distinct internal uses. Because it is a mild, food-like plant, it is well tolerated, and widely useful.

First and foremost, nettle is a traditional food. The leaves are consumed as a spinach-like vegetable throughout Europe. Nettle leaf is remarkably nutritious. Cooking or drying deactivates the sting. As medicine, nettle is a nutritive, building herb, which suggests nettle for conditions as diverse as eczema and nosebleeds.

Nettle leaf is a very effective herb for the lungs, and would fairly appear on a top ten list of general lung remedies. Nettle root is being recognized as an effective medicine for the prostate. Nettle root has a complicated, but measurable, effect on human sex hormones. Numerous recent scientific studies have shown the benefit of this herb in inflammatory conditions of the prostate, including benign prostatic hyperplasia.

Herbalists in clinical practice have been forming a consensus over the last two decades that nettle leaf is effective for allergy symptoms. Although the research remains preliminary, scientific research continues to point to the anti-inflammatory properties of nettle. One study showed that nettle produced an anti-allergy effect. A 2013 paper stated that nettle has strong anti-inflammatory and anti-arthritic effects. A report in Phytotherapy Research found that nettle extract shows in vitro inhibition of several key inflammatory events that cause the symptoms of seasonal allergies.

Long a favorite of yoga practitioners in India, turmeric, first and foremost, curbs inflammation. One of the active ingredients, curcumin, the pigment that give turmeric its distinctive yellow color, has anti-inflammatory effects comparable to cortisone and phenylbutazone, the standard in drugs for inflammation.  Curcumin is nonsteroidal, so it has none of the ravaging side effects of steroid anti-inflammatories These anti-inflammatory qualities make turmeric suitable for the treatment of conditions as diverse as arthritis and a strained elbow.

A study looked at a combination of exceptional herbs, including turmeric. Forty-two patients with osteoarthritis were randomly assigned to receive an Ayurvedic preparation, containing (per capsule) 450 mg of ashwaganda, 100 mg of Boswellia, 50 mg of turmeric, and 50 mg of a zinc complex, or a placebo, for three months. The dosage was two capsules three times per day, after meals. The treatments were then crossed over. Compared with placebo, the herb combination significantly reduced the severity of pain and the disability score.

Use 1 gram per day in capsules. If using standardized extract, containing a high proportion of curcumin, the dose is 1500 mg of total curcumin content per day.

Once it has been boiled in a special black bean liquid, Ho shou wu (Polygonum multiflorum) root is considered a superior Chinese medicine. Sometimes this herb is incorrectly known as “fo-ti” in America.

Ho shou wu is a major stamina tonic that supports healthy cholesterol and strengthens the heart. The action is long-term and very food-like. Ho shou wu can be cooked into food, or even prepared as a stew. Use a small daily dose, around 5 grams, for maintenance.

Gotu kola (Centella asiatica) is an herb with a long history of brain building. Gotu kola, also called Mandukaparni, is a mainstay of herbal medicine in Ayurveda. Widely considered a superior herb for the nervous system, gotu kola has a host of benefits.

In Ayurveda, this herb is called “brahmi”, which means “godlike”, a reference to its anti-aging properties and to its use as an aid to meditation. It has a bitter taste and is cooling to the body.

Gotu kola strengthens memory, concentration and intelligence, and stabilizes mood. Recently, a study out of Korea shows that constituents in gotu kola show potential for enhancing cognition and memory in advancing age, a very promising direction.

Since gotu kola is basically a mild salad vegetable, the dose can be very high. Many people use a modest dose of 1 gram per day in capsules for daily rejuvenation. Try a cup of gotu kola tea with honey before meditation.

Triphala, an Ayurvedic combination of the fruits amlaki, haritaki and bibitaki, is the classic herbal remedy for long-term digestive help. It tones the intestinal walls, detoxifies the system and promotes easy evacuation. Triphala is suitable for children and is ideal for older folks who need just a little daily help with regularity. As a short term laxative to detox the colon, use 6 grams per day. An easy bowel movement comes in about 8 hours.

Fennel seed is probably the world’s most effective gas remedy, even for kids. In one study, parents gave their infants a fennel preparation. The 121 colicky infants randomly received 5 to 20 ml of a 0.1% fennel seed oil emulsion, or placebo, up to four times daily, for one week. Parents kept symptom diaries for the week, as well as the week before and the week after. The kids taking the fennel formula had a significant 45% decrease in colic symptoms, compared to a 5% symptom drop from the placebo. Overall, fennel eliminated 65% of the colic.

Another randomized, double-blind, placebo-controlled trial looked at 93 healthy breastfed infants with colic. For 7 days, they consumed a dose of fennel mixture twice daily before breastfeeding. Crying time dropped (by an average 2 hours per day) in 85.4% of infants in the fennel group, compared to 48.9% for placebo. To top off all this info, a 2017 meta-analysis of 14 trials with 1927 participants suffering from different acute and functional gastrointestinal disorders found many preparations of fennel to be effective in infantile colic.

A famous liver herb, dandelion root does double duty as a digestion enhancing bitter and a super detox remedy that also acts to increase bile flow. Take dandelion root as tea, tincture, or capsules. Three thousand milligrams per day is a good dose. You might enjoy roasted dandelion root, brewed as a delicious coffee substitute.